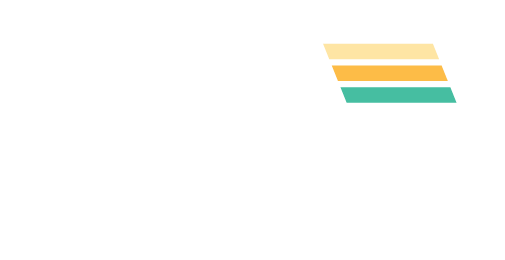 We asked our Central Valley Sales Representative, Gavin Edward, to write about his experiences at Great American Beer Festival a couple of weeks ago. Take a look!

This past weekend, I had the privilege of attending the highly coveted “Oscars” of beer- the Great American Beer Festival. The whole weekend can be simply described as a blur. It started with a 5:00am flight out of the Bay Area with Jay, and Tommy (some of our Bay Area salesmen).  Once arriving in Denver, the whirlwind began.  After checking into the hotel, our first stop was visiting one of our brands. We went to Epic Brewing with our whole crew including Chris, the Epic sales representative for our area.  This visit included a tour of the entire facility, and a tasting of different one-offs, as well as ones that don’t reach us here in California. It was the perfect way to start off the weekend, even if they didn’t have coffee. Once we left there, it was time for our first GABF session.  For as long as I have loved beer, and worked in the industry, I have anticipated visiting the festival and now my dream was coming true. The convention center was absolutely huge! It was like four times the size of a standard Costco and included a lot more samples than one too.  The gates leading up to the entrance of the center filled with thousands of people made me feeling like salmon going up the river, but the anticipation was definitely building up. It was hyped up with the live band from Melvin Brewing as well. Once the gates were open, it was a free-for-all.  Going in, we had to be strategic. Our first goal was to try brands that were highly coveted, but also we wanted to visit our brands who were participating in the festival as well. There was still no coffee to be found.  It was an overwhelming experience between the crowds, the delicious beer and sleep deprivation.  After the festival wrapped up, we (Jay, Tommy, Mark from warehouse, and myself) took a rickshaw to join Pizza Port Brewing Co for dinner. The crew there is so down to earth. They were very gracious and a lot of fun. It was the perfect way to wrap up the evening.  Coffee count for the day- zero cups.

The next morning we visited Walter’s 303, a great pub and pizzeria to start off the day, but also to overload on carbs for round 2 for GABF. I started my day off with some lasagna, because when in Denver…Also, I really love pasta.  Also, the chance to have some Lawson’s Session IPA (from Ohio, Iowa, Indiana, or somewhere) to pair with it was truly top notch.  (Actually, it’s from Vermont).  After wrapping up a delicious brunch, we headed to Trve, a Heavy Metal-themed craft brewery. I visited about six months ago, and again this past weekend.  Our most recent visit was phenomenal given they have developed an incredible sour program. A must-go-to spot in Denver. After our visit there, it was time to hit up GABF #2. Since we were able to hit up most of our favorites and go-to’s; today was about new stuff. We went with breweries we had never even heard of, which let us try soooo many new beers. We also looked for barrel-aged, and/or specialty beers being poured from bottles because who doesn’t love the crazy strong and unique stuff?  Just like the first night, it was a whirlwind experience between the people, the decorative booths, the massive arena, and of courses so many beers!  After round two, we met up with Kate and Chris at a brewcade ( Arcade and beer bar). I have always wanted to check one out, and it was pretty cool to be around so many vintage games of my childhood. Now, if they could make sure beer didn’t mess up the joysticks- that would be great.  Needless to say, it was a blurry night but definitely one for the books.  We flew out the next day, tired, and our livers were a little more experienced. It was an incredible experience, and I had a blast spending time with my coworkers getting to bond over some delicious, highly coveted brews.  I’m still sorry that there aren’t any pictures of us together in a rickshaw.  Cheers!

Football and Beer? Nothing Better!